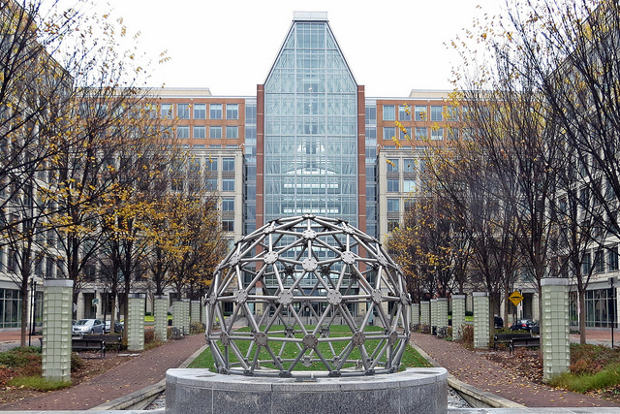 US Patent and Trademark Office in Alexandria, VirginiaFLICKR, ALAN KOTOKFeng Zhang of the Broad Institute of MIT and Harvard University was awarded the first patent for the use of CRISPR to edit eukaryotic genomes in spring 2014. Jennifer Doudna of the University of California, Berkeley, along with Emmanuelle Charpentier, now at Umeå University in Sweden and the Max Planck Institute for Infection Biology in Berlin, and their colleagues, filed a provisional patent application for their CRISPR technology back in March 2013—six months before Zhang filed. This past January, the US Patent and Trademark Office (USPTO) declared an “interference” between the two parties’ intellectual property claims.

That investigation is slated to begin today (March 9), when a panel of three USPTO patent judges will participate in a conference call with the opposing parties to hear a challenge to Zhang’s original patent, according to STAT News. Over the course of...

Patent attorney Eugene Quinn said he thinks that the Doudna camp has the advantage because she and her colleagues are more senior. “The rules are completely stacked against the junior party,” Quinn told STAT. “If you can’t come up with evidence that proves your case, like a dated, witnessed, and signed lab notebook, you lose. A tie will go to the senior party.”

In all likelihood, it will be a long and messy process, and there’s no guarantee that others won’t throw their hats in the ring. Nature pointed to Cambridge, Massachusetts–based Editas Medicine, which “highlighted a potential interference claim by a Seoul company called ToolGen” when it filed with the US Securities and Exchange Commission. The intellectual property battle between Zhang and the Doudna/Chapentier team could also find a home in Europe; Zhang’s group has already been awarded several patents by the European Patent Office (EPO), where Doudna and colleagues have a single, pending application.