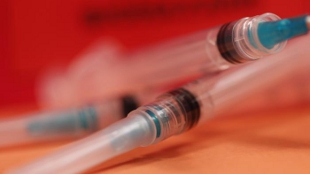 CDC PUBLIC HEALTH IMAGE LIBRARYA Croatian court has decreed that all children born in the country will be vaccinated against a suite of diseases, including hepatitis, measles, pertussis (whooping cough), and diphtheria, according to an announcement made yesterday (March 26) in the Croatian newspaper Večernji list. “The child’s right to health is more than the rights of parents to the (wrong) choice,” according to a Google Translate version of the article.

Mandatory vaccination for these diseases began as early as 1999, and the country has seen a dramatic drop in disease, with zero reported cases of diphtheria, pertussis, and measles in recent years, and drastic reductions in the occurrence of tetanus, tuberculosis, and hepatitis B.

But in recent years the anti-vaccine movement led to increased numbers of Croatian children not being vaccinated. Twenty-eight were not vaccinated in 2012, and 143 in 2013, prompting some 10,000 people to sign...

With the court’s decision to uphold the mandate, “Croatia is setting the global standard for intelligent, evidence-based public health,” infectious-disease specialist Kent Sepkowitz of the Memorial Sloan Kettering Cancer Center wrote on The Daily Beast.