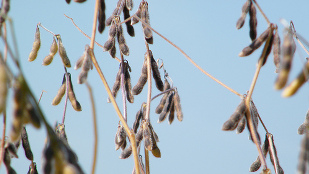 An international team led by investigators at the Wageningen University Centre for Crop Systems Analysis in The Netherlands examined the richness, abundance, and composition of crop species in national food supplies worldwide as measured through the lens of 52 crops.

While a handful of staples like major cereals, sugar, potatoes, and fruits and vegetables held steady in the last half century, during that same time worldwide supplies of oil crops—such as soybean, sunflower, and palm—increased significantly. On the other hand, minor cereals and starchy root crops declined in the last 50 years.

“These changes in food supplies heighten interdependence among countries in regard to availability and access to these food sources and the genetic resources supporting their production,” Wageningen’s Paul Struik...

“Over the past 50 years, we are seeing that diets around the world are changing and they are becoming more similar—what we call the ‘globalized diet,’” study coauthor Colin Khoury ofColombia’s International Center for Tropical Agriculture told BBC News. This diet, he added, “includes crops that were not important 50 years ago but have become very important now, particularly oil crops like soybean.”

The researchers warned that this homogenization of the global crop portfolio poses threats to both biodiversity and food security. “As the global population rises and the pressure increases on our global food system, so does our dependence on the global crops and production systems that feed us,” study coauthor Luigi Guarino of the Global Crop Diversity Trust in Bonn, Germany, told The Guardian. “The price of failure of any of these crops will become very high.”