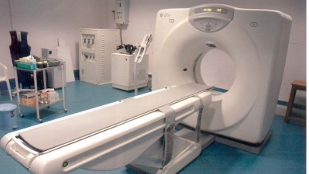 Children under the age of 15 who received two to three CT scans of the head have three times the risk of developing brain cancer as adults compared to those who have never received the scan, according to new research published yesterday (June 6) in The Lancet. In addition, children are also three times as likely to develop leukemia as adults if they receive 5 to 10 scans.

The study drew on data from nearly 180,000 patients who had CT performed between 1985 and 2002. A total of 74 of the patients were diagnosed with leukemia, and 135 with brain cancer.  Although absolute numbers are small, the increase in risk over the general population justifies exploring alternative imaging options such as ultrasound or MRI, the researchers argue. “Of utmost importance is that where CT is used, it is only used where fully justified from a clinical...

While the findings are in line with exposure estimates that researchers developed based on atomic bomb survivors in Japan, some experts debated whether the risks were real, given the low doses used for the scans. In an accompanying commentary, Andrew Einstein of Columbia University Medical Center, wrote that this study, and others like it that are expected to be completed in the next few years, should put an end to the debate and reaffirm that “justification of any CT scan is important because good evidence suggests that 20–50 percent of such examinations could be replaced with another type of imaging or not done at all.”