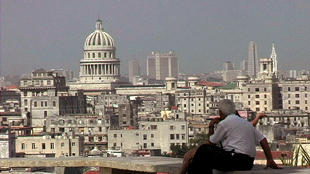 HavanaWIKIMEDIA, AARON ROCKETTWith only a handful of babies born with HIV or syphilis in 2013, Cuba has become the first country to earn certification from the World Health Organization (WHO) that it has eliminated mother-to-child transmission of the diseases. WHO and United Nations officials announced the achievement on Tuesday (June 30).

“Eliminating transmission of a virus is one of the greatest public health achievements possible,” Margaret Chan, the WHO director-general, said in a statement. “This is a major victory in our long fight against HIV and sexually transmitted infections, and an important step towards having an AIDS-free generation.”

Pregnant women have between a 15 and 45 percent chance of transmitting HIV to their unborn children or breastfed newborns. But administering antiretrovirals during pregnancy and to children can reduce that risk to about one percent.

Cuba—with help from a five-year program administered through the WHO and the Pan...

According to the WHO, the number of children born with HIV around the world every year has been nearly cut in half since 2009—400,000 HIV positive babies were born that year, and only 240,000 were born in 2013. The WHO estimates that eight of the 22 countries that account for 90 percent of new HIV infections have reduced infections in children by more than 50 percent since 2009.

A PAHO spokesperson told The New York Times that 20 other countries, including Bulgaria, Moldova, Thailand, and Turkmenistan, have recently asked for the same WHO designation that Cuba has received.