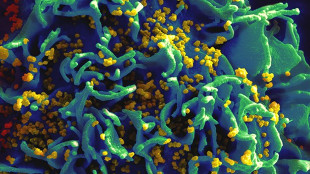 NATIONAL INSTITUTE OF ALLERGY AND INFECTIOUS DISEASE (NIAID)A treatment that previously eliminated HIV infection from a Mississippi infant will be tested in a clinical trial, Nature reported. Newborns with possible HIV infections will be given a course of three antiretroviral drugs in hopes of knocking down the virus before it has time to take hold.

The treatment was first successfully attempted in 2010, when an HIV-infected mother gave birth in Mississippi. Most HIV-infected women in the United States are given anti-retroviral drugs during pregnancy that greatly lessen the risk of passing on the infection to their children, but the Mississippi mother had not received prenatal care.

Under ordinary circumstances, infants born to HIV-positive women would only be given one or two anti-retroviral drugs until HIV tests came back. But because University of Mississippi Medical Center doctor Hannah Gay judged the infant to be at extraordinarily high risk, she administered...

Researchers will present on the planned clinical trial at the International AIDS Society biennial meeting in Malaysia on June 29.