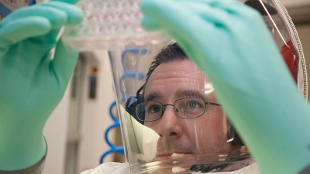 WIKIMEDIA, CSIROThe 2012 creation of H5N1 bird flu strains that can be transmitted between ferrets spurred a debate among the scientific community about how such research, which could have deadly applications in the hands of bioterrorists, should be regulated. In February 2013, the US government issued a draft policy on such dual-use research, which collected 38 comments from institutions and researchers over the months that followed, Nature News blog reported. Yesterday (September 24), the final policy debuted; it contains guidelines for researchers studying any of 15 dangerous pathogens, including the avian influenza virus that brought these issues to the fore and the Ebola virus that continues to wreak havoc in West Africa.

The rules are intended to “preserve the benefits of life-science research while minimizing the risk of misuse,” National Institutes of Health (NIH) Director Francis Collins told The New York Times (NYT).

“One of the agenda items will include thinking through risks and benefits associated with gain-of-function studies,” Andrew Hebbeler, assistant director for biological and chemical threats at the White House Office of Science and Technology Policy, told NPR’s Shots blog. “As these discussions advance within the government, we hope to have more to share with you in the future.”

Some researchers are not satisfied with the new policy. “We had been told to expect tough new rules, tighter regulation, and increased oversight,” Peter Hale, the executive director of the Foundation for Vaccine Research, told NYT. “There was very little that was new or substantive to latch onto.”

Marc Lipsitch, an epidemiologist at the Harvard School of Public Health, added that by limiting the policy to 15 specific pathogens, would-be bioterrorists could simply work with other agents. “I think any list of agents is a temptation, if you’re trying to get around it, to find another agent to do mischief with,” he told Nature.