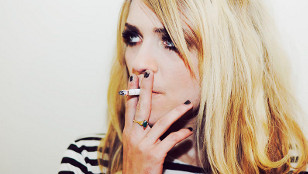 Wikimedia, TIFFANY DAWN NICHOLSONPregnant rats given nicotine produced asthmatic pups that went on to produce their own asthmatic pups, despite the absence of nicotine exposure in the third generation, according to a new study. The results suggest that nicotine can leave heritable marks on the genome, which make future offspring more susceptible to respiratory conditions.

The finding “shifts the current asthma paradigm, opening up many new avenues to explore,” the authors wrote in the study, published last week (October 30) in BioMed Central Medicine. It also reinforces the growing body of evidence that epigenetics can serve as a vehicle of heredity for environmentally linked traits. (For a further discussion of this phenomenon, see “Lamarck and the Missing Lnc,” The Scientist, October 2012.)

In the new study, Virender Rehan, of the Los Angeles Biomedical Research Institute, and his colleagues injected pregnant rats with nicotine on the...

Rehan thinks that the cause of nicotine’s heritable effects is epigenetic changes and preliminary evidence points to acetylation of histone 3.

Moreover, the Economist notes that the finding suggests “that epigenetics really might act like the biblical curse: that the sins of the fathers (or, in this case, the mothers) will be visited on the sons, even unto the third and fourth generations.”