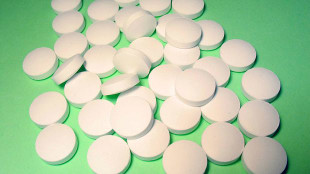 Turing Pharmaceuticals announced price cuts yesterday (November 24) for toxoplasmosis-fighting pill Daraprim. The cost-lowering, aimed at hospitals, follows September’s public outrage after the company hiked the price of the drug from $13.50 to $750 per pill.

“We pledge that no patient needing Daraprim will ever be denied access,” said Turing’s chief commercial officer Nancy Retzlaff in a press release. “By providing affordable access for hospitals and reaffirming our commitment that nearly all patients will receive Daraprim for $10 or less out-of-pocket per prescription, that’s what we have done.”

According to the press release from Turing, the company will reduce the cost of Daraprim by up to 50 percent for hospitals. The change would make Daraprim cost $375 per pill at minimum—still high above its original price; the company did not specifically state what qualifies a hospital for the maximum discount. Turing also promised to offer bottles...

But the discount is “inadequate and leaves this lifesaving medication priced 2,500 [percent] higher than it was just five months ago,” Carlos del Rio, chair of the HIV Medicine Association, told Stat News.

“A 50 percent reduction after a 5,000 percent price increase still makes this an extremely expensive drug, and still prevents most hospitals from keeping it in stock,” Joel Gallant, medical director of specialty services at the Southwest CARE Center in New Mexico, told Bloomberg. “Suffice it to say that this announcement doesn’t satisfy anyone.”