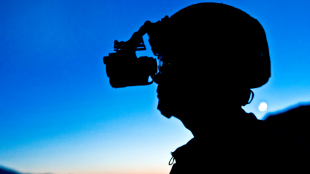 WIKIMEDIA, DEPARTMENT OF DEFENSEA new division at the U.S. Defense Advanced Research Projects Agency (DARPA) will consolidate the Department of Defense’s biology projects into a Biological Technologies Office (BTO) that will expand upon work already underway at the agency. According to a press release, “DARPA is poised to give unprecedented prominence to a field of research that can no longer be considered peripheral to technology’s evolving nature.”

“Researchers should see this move as a recognition of the enormous potential of biological technologies,” Alicia Jackson, deputy director of the BTO, told ScienceInsider in an e-mail.

Research at DARPA’s Defense Sciences Office and its Microsystems Technology Office will seed the BTO, along with a new Hand Proprioception & Touch Interfaces program. The main lines of study include prosthetics, biological manufacturing, security in bioengineering, and “biochronicity”—a program that “aims to make it possible to manage the effects of time on...

“We’ve been developing the technological building blocks, we’ve been analyzing our results, and now we’re saying publicly to the research and development community, ‘We are ready to start turning the resulting knowledge into practical tools and capabilities,’” Geoffrey Ling, the director of the BTO, said in the release.