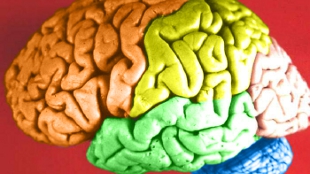 WIKIMEDIA, JOHN A BEAL, LSUHSCThe implantation of electrodes to stimulate brain areas malfunctioning in disease is not a new idea. More than 100,000 patients have received such deep-brain stimulation (DBS) treatments for Parkinson’s and other brain disorders, and diverse diseases, including depression and Alzheimer’s, are currently under study for their response to DBS. Last week (October 24), the federal Defense Advanced Research Projects Agency (DARPA) announced its support of continued brain implant research, vowing $70 million over five years to improve DBS techniques and/or develop entirely new technologies.

The initiative, called Systems-Based Neurotechnology and Understanding for the Treatment of Neuropsychological Illnesses, “is a significant development for neuroscience, for bioengineering, and most importantly, for patients,” DBS pioneer Andres Lozano of the University of Toronto told The Scientist in an e-mail. (See Lozano’s  feature story on DBS research and therapy, “Tuning the Brain.”)

One of the agency’s first steps will be to design a brain-monitoring device that “can monitor the signs of illness or injury in real time,” NYT reported—“like a highly sophisticated pacemaker for a brain disorder.” DARPA is currently soliciting research proposals for creating such a device and developing it to the point of Food and Drug Administration submission within five years.

“Is it overambitious? Of course,” Helen Mayberg, a neuroscientist at Emory University School of Medicine, told NYT, as neuroscience can be “a slow process.” But she commended DARPA on choosing to focus on human disease. The initiative is the first among those supported by President Barack Obama’s $100 million BRAIN initiative to do so. Working committee recommendations have suggested that the National Institutes of Health, by contrast, seems to be leaning toward investing in basic research.

“[The initiative] represents a great opportunity to understand how dysregulated activity in the brain produces the signs and symptoms of neurological and psychiatric disorders,” Lozano said. “It represents an important step towards the development of new, more effective treatments for the large number of patients with these disorders.”