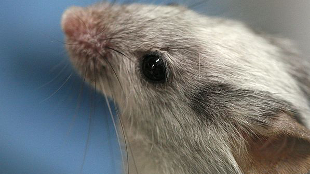 WIKIMEDIA, RAMAScientists have used a drug injected into the inner ears of mice deafened by loud noise to induce the regeneration of sound-sensing hair cells and partially restore hearing in the animals, according to a paper published this week (January 9) in Neuron.

Bristle-like cells in the inner ear convert vibrations from sound waves into nerve signals, but loud noises can destroy these cells, which cannot be naturally regrown by mammals. Stem cell biologists at the Massachusetts Eye and Ear Infirmary and Harvard Medical School in Boston have previously found that a class of drugs calls call gamma-secretase inhibitors can prompt regrowth of hair cells from inner ear stem cells grown in the lab. The drugs worked by blocking the signaling of the Notch protein, involved in determining the fate of inner ear cells during development.

Having found the gamma-secretase with the strongest effect on inner ear stem...

The treatment is far from ready for trials in humans but the study nevertheless represents “a major step forward,” Yehoash Raphael, an auditory neuroscientist at the University of Michigan, Ann Arbor, told ScienceNOW. Raphael also pointed out that the drug was injected just a day after the mice were deafened, so it remains to be seen whether or not the treatment would work if applied after a longer delay. It is also not clear if it would be effective for gradual hearing loss from long-term noise exposure.