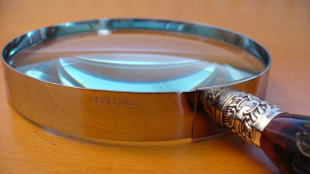 FLICKR, JOHN LESTERAfter 10 years of inquiry, including multiple investigations by the University of Washington and the federal government, the Office of Research Integrity (ORI) has made its final ruling: Andrew Aprikyan committed misconduct, falsifying results to studies supported by a handful of federal grants and published in two papers, one of which has been retracted.

The investigations started in 2003, when errors were identified in a paper Aprikyan had published in Blood reporting his research on the blood disorder neutropenia. The university opened an investigation at that time, which after 3 years concluded that Aprikyan had falsified seven figures and tables in the Blood paper and another publication in Experimental Hematology, which was never retracted but was issued an erratum in 2006. Aprikyan denied any wrongdoing and even convinced the university to reopen the investigation, which, after another 2 years, concluded there was no evidence of...

Now, nearly 3 years later, the ORI finally weighs in with its guilty verdict. “Specifically, ORI finds that by a preponderance of the evidence, [Aprikyan] falsified and/or fabricated results,” read a report published today in the Federal Register. Aprikyan still denies the charges, according to the report, but has entered into a settlement agreement to avoid “undue financial hardship and stress,” the report said. “[H]e wished to seek finality.”

As a result of the findings, Aprikyan agreed to have his federally funded research supervised and not to serve in any advisory roles for US Public Health Service for the next 2 years.