For some time, behavioral scientists have noted how monkeys with diverse personalities can carry out behavioral tasks differently. Now for the first time, researchers at Washington University in St. Louis have observed differences in neuron activity that relate to the various strategies that individual monkeys use to reach out to a target.

To do this, neuroscientist Daniel Moran and his doctoral student, Thomas Pearce, designed a variation of a classic experiment used for studying voluntary motor control. In the center-out-task, rhesus macaques are trained to use a hand to reach out to a target from a center position. To do so, the monkey’s neurons needs to encode three types of information: where its hand is, where it wants to go, and the path it needs to take to get there.

This latter piece of information is a velocity vector. If there is no obstacle directly between the target and the starting position, the monkeys’ hands can follow a straight line to the target. In this scenario, the animals’ brains don’t need to code for velocity and target position separately, since the two parameters are correlated. If however, an obstacle blocks the target, forcing the monkeys to follow a curved trajectory, then monkey must encode all three parameters. “It’s all in the design of the task,” Moran said in a Newswise press release.

The researchers then looked at the brain activity of two monkeys with different personalities—one that was that was hyperactive, and one that had more self control—as the animals completed the task in the two different scenarios: when the target is freely accessible and when it is blocked. They found that the hyperactive monkey would quickly reach out to the target, regardless of whether the obstacle was blocked or not, and would correct it’s trajectory mid-reach—evidenced by a change in the velocity vector encoding neuronal activity. The “smooth operator,” on the other hand, would wait until the target was revealed to plan its trajectory, a strategy which did not require any correcting.

The researchers, who published the results of their study in Science last week (July 19), believe that the quickness to act gives the hyperactive monkey a speed advantage in the trials where the target was not blocked. But because the “smooth operator” monkey didn’t have to correct course mid-reach, its strategy was more efficient if the target was blocked, Newswise reported. 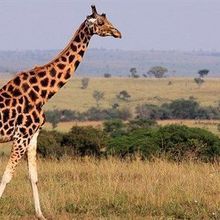