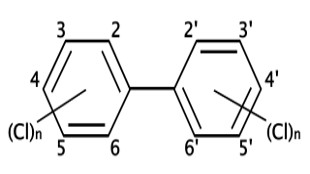 Scientists have known for more than a decade that bacteria living in deep-sea sediments produce enzymes that can dehalogenate long-lived environmental toxins such as polychlorinated biphenyls (PCBs) and dioxins. Now, researchers have purified one of these dehalogenases and examined its structure and activity. The results of a study published this week (October 19) in Nature could aid the removal of pollutants.

A team at the University of Manchester in the U.K. showed that the catalytic activity of a reductive dehalogenase from Nitratireductor pacificus was dependent on the cofactor vitamin B12, which is also important for nervous system activities in humans. Most dehalogenases are oxygen-sensitive and associated with bacterial membranes, which make them insoluble and difficult to isolate. In this work, the researchers made use of an enzyme that is oxygen-tolerant and...

Although its closest homolog is a human enzyme that processes vitamin B12, the N. pacificus dehalogenase works by a different mechanism than other known B12-containing enzymes. “Detailing how this novel process of detoxification works means that we are now in a position to look at replicating it,” study coauthor David Leys said in a press release. “We hope that ultimately new ways of combating some of the world’s biggest toxins can now be developed more quickly and efficiently.”

Dioxins are lingering industrial byproducts, but are best known as a component of the chemical weapon Agent Orange. PCBs were once used as coolants in the manufacture of electrical equipment. The production of both these chemicals was banned globally in 2001, but they can remain in the environment for decades and are passed through the food chain.