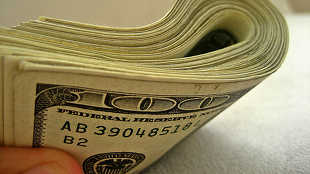 FLICKR, 401(K) 2013The Federation of American Societies for Experimental Biology (FASEB) has come to the defense of the National Cancer Institute’s (NCI) spending on communication and education. Earlier this year (April 12) Congress members criticized spending by the NCI’s Office of Communication and Education (OCE) and requested that the National Institutes of Health (NIH) send further records of its spending on communication. The request followed a report in The Cancer Letter in December claiming the NCI’s communication spending, at $45 million for 2012, was unusually high.

FASEB wrote a letter to Nature last week (May 30) saying that the congressional investigation was a distraction from the true problems facing medical research funding. “In our view, the criticisms devalue OCE activities and risk diverting attention away from the budget cuts that reduced the NIH’s capacity to fund biomedical research,” FASEB president Judith Bond and science policy analyst Bethany Drehman wrote....

In a press release, FASEB noted that the OCE’s expenditures were on valuable resources, including toll-free phone lines with information on cancer and cancer prevention, brochures, and the Physician Data Query, a database that provides information on clinical trials, medical terminology, cancer drugs, and more.

The society also pointed out that the OCE’s budget for 2012 made up less than 1 percent of the NCI’s spending, a small amount of money compared to the cuts imposed on the NCI due to the sequester. The institute’s total budget for 2013 is down nearly 6 percent from 2012 levels.