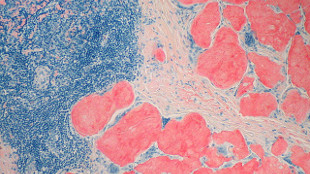 After age 65, a person’s risk of developing Alzheimer’s disease doubles every five years. A study published this week (July 20) in the Annals of Neurology no offers up one clue why. Scientists at the Washington University School of Medicine in St. Louis and their colleagues found that the kinetics of amyloid β—a protein that can form destructive plaques in the brains of people with Alzheimer’s—change as people age, increasing its chance of accumulating.

Study coauthor Randall Bateman, a neuroscientist at Washington University, told Science News that slowed turnover of amyloid β in older people may make plaque formation more likely. To study this, Bateman and his colleagues infused 100 patients between the ages of 60 and 87 with isotope-labelled version of the amino acid leucine and tracked newly formed amyloid-β peptides in the blood and cerebral spinal fluid for 36 hours.

The team then compared the results to previously published data describing amyloid β turnover in healthy individuals aged 29 to 72, finding that, over the course of 50 years, the half-life of amyloid β increased 2.5-fold. The mechanism behind the observed correlation between protein turnover rate and a person’s age has yet to be identified. “Future studies into the causes of slowed Aβ [amyloid β] turnover rates associated with aging may lead to prevention strategies for amyloidosis,” the researchers wrote in their paper. 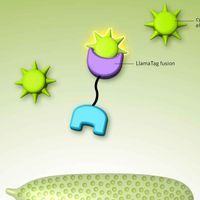 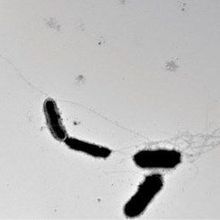