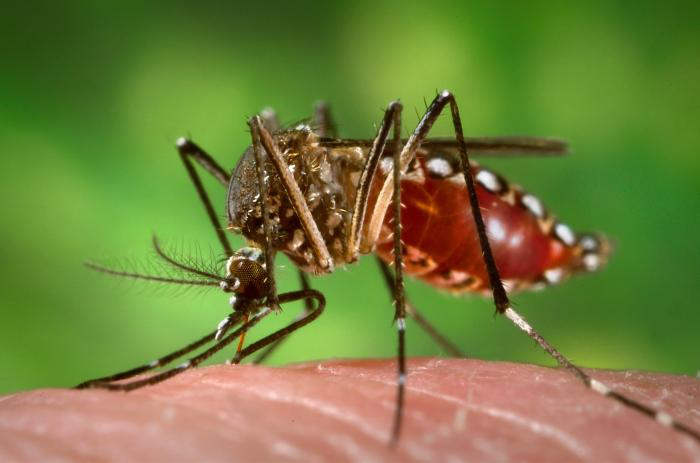 Female Aedes aegypti mosquitoWIKIMEDIA, JAMES GATHANYA dengue virus protein called nonstructural protein 1 (NS1) elicits proinflammatory immune responses in infected hosts, resulting in leakage out of capillaries and other blood vessels, according to two studies published last week (September 9) in Science Translational Medicine. But vaccination with NS1 or treatment with NS1-targeting monoclonal antibodies protected mice against these pathogenic effects, according to one of the studies.

In the early 2000s, Paul Young of the University of Queensland, Australia, and his colleagues found that circulating levels of NS1 correlated with the development of severe illness. “If patients had high levels of NS1, they were more likely to go on to severe disease,” Young told Smithsonian. “We thought it was just a viral infection marker, but then we asked if it was having a direct effect itself.”

Upon closer examination of NS1’s function, Young’s team found that it...

Meanwhile, Eva Harris of the University of California, Berkeley, and colleagues provided evidence that vaccinating with NS1 itself could also combat the virus. Treating mice with a small amount of the protein, Harris and her team found that the animals developed antibodies and were subsequently protected from the virus. NS1 even provided some protection against the four different strains of dengue. Vaccinating with NS1 from DENV2, for example, provided 100 percent protection against that strain, as well as 75 percent against DENV1 and 60 percent against DENV3 and DENV4.