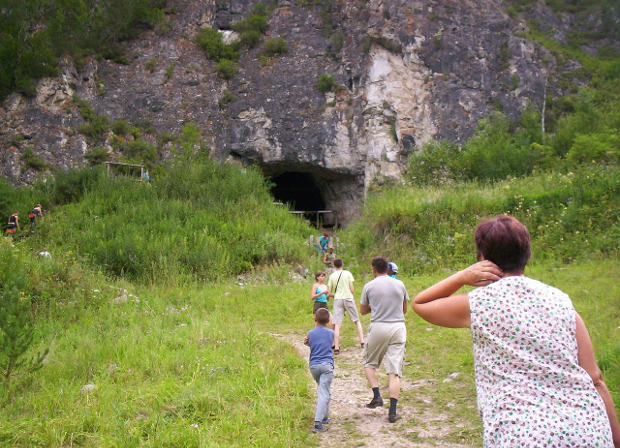 The Denisova cave in Siberia, where researchers recovered and sequenced the Denisovan remainsWIKIMEDIA, ????????????? Researchers have learned more about an extinct member of the human family tree by sequencing mitochondrial and nuclear DNA from 50,000-year-old molars found in a Siberian cave. The teeth belonged to Denisovans, an extinct hominin species that was first discovered in the cave in 2008, and the genome sequences suggest that the species lived alongside Homo sapiens as well as Neanderthals. The findings were published this week (November 16) in PNAS by a team led by the Max Planck Institute for Evolutionary Anthropology’s Svante Pääbo.

This ancient hominin milieu “was a lot like Middle-earth,” New York University molecular anthropologist Todd Disotell, who wasn’t involved with the study, told The New York Times. “There you’ve got elves and dwarves and hobbits and orcs,” while on the ancient Earth, “we had a ton of hominins...

Pääbo, who also led the first sequencing of Denisovan DNA from the cave in 2010, expressed similar fascination with the emerging picture of early hominin interaction in the area. “It’s an amazing place,” he told National Geographic, “because it’s actually the only place in the world where we know that three different groups of humans with very different histories all lived.”

The findings add to what little is known about Denisovans, and nuclear DNA sequences pulled from the molars support the hominins’ classification as a species separate from Neanderthals (their closest relatives). The researchers found slightly more sequence diversity among Denisovans than among Neanderthals, but less than in modern-day humans. And the mitochondrial genome recovered from one molar showed fewer substitutions than did the mitochondrial DNA from two other Denisovan specimens, suggesting that the species may have inhabited the region for more than 60,000 years.

“It turns out that they have quite a bit variation, about as much as Neanderthals,” Pääbo told The Christian Science Monitor. “This also shows that this enigmatic group, Denisovans, were present over a long time here in the Altai mountains in southern Siberia.”