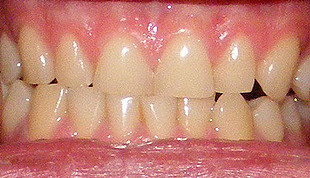 Children often share oral microbes with their mothers. But in a new study, researchers at the University of Alabama at Birmingham (UAB) have found that 72 percent of children harbored at least one strain of the cavity-causing Streptococcus mutans not found in cohabiting family members. The findings, presented last week (June 17) at the American Society for Microbiology’s annual meeting in Boston, suggest these microbes may have come from other, non-relative children.

“What we wanted to look at with this study is, could we track the transmission of this bacterium in a large-scale epidemiological study conducted in a small town in rural Alabama,” study coauthor Stephanie Momeni, a doctoral student in biology at UAB said during a June 18 news briefing.

Forty percent of the children in the study did not share any S. mutans strains with their mothers, the researchers found. And about 20 percent of children only shared these bacteria with another child who lived with them, such as a sibling or cousin.

The remaining two-thirds of children did share at least one strain of bacteria with their mothers.  However, “we’re not trying to say don’t kiss your babies,” Momeni said.

For the strains of S. mutans not shared with anyone in the household, about a third of the bacterial colonies only had a single isolate, which could mean these rare strains may have nothing to do with dental caries, Momeni added during the briefing.

“Future steps for our research will be to do a more detailed analysis of the possible transmission on an individual child basis to try to determine which of the shared strains are most associated with disease . . . or if it is combination of multiple strains that leads to cavities,” Momeni wrote in an email to The Scientist. The findings have yet to be replicated with other bacterial typing methods and in other populations, she added.

Momeni said her team plans to submit the research to the Journal of Microbiological Methods.