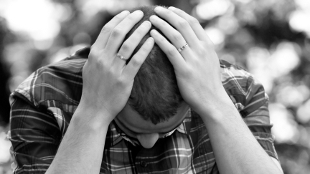 WIKIMEDIA, SANDER VAN DER WELLevels of the stress hormone cortisol in the saliva of teenage boys may predict their likelihood of developing clinical depression, according to a study published last week (February 13) in PNAS. Paired with questionnaires that probe the youths for nascent symptoms of depression, the biomarkers could help individuals at risk of major depression to know to seek early treatment.

“Given that we know more teenagers are getting depressed, we should be looking actively for people who are developing problems and treating them early and effectively,” University of Cambridge neuroscientist and study coauthor Barbara Sahakian told NewScientist.

Sahakian and her colleagues measured cortisol levels in the saliva of more than 1,800 teenagers, ages 13 to 18, and recorded any preclinical depressive symptoms the subjects reported over the course of a year. Teenage males who reported high levels of depressive symptoms and who had high...

“Through our research, we now have a very real way of identifying those teenage boys most likely to develop clinical depression,” Cambridge’s Ian Goodyer said in a statement. “This will help us strategically target preventions and interventions at these individuals and hopefully help reduce their risk of serious episodes of depression and their consequences in adult life.”