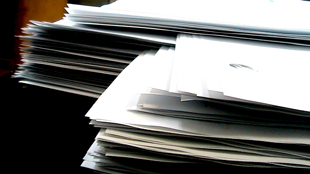 FLICKR, FEATHEREDTARPratima Karnik, an assistant professor of dermatology at Case Western Reserve University, has been censured by the US Department of Health and Human Services’ Office of Research Integrity (ORI) for plagiarizing work from several sources in support of a recent grant proposal, according to a statement released Tuesday (August 6) in the Federal Register.

ORI officials found that significant portions of Karnik’s recent grant proposal to the National Institute of Arthritis and Musculoskeletal and Skin Diseases (NIAMS) were lifted from a different NIAMS grant she had been asked to review. ORI also concluded that Karnik lifted text from eight research papers, including papers appearing in Nature and BMC Medical Genomics, as well as from a US patent application that was available online.

Karnik, who studies cicatricial alopecia—a rare disorder in which inflammation destroys hair follicles, causing permanent hair loss—has admitted to the misconduct and has agreed to have her research activities supervised for 2 years, beginning last month. During this time, she must submit a plan detailing how her participation in any projects funded by the US Public Health Service (PHS) will be supervised. In addition, her institution will have to sign off on her work in support of PHS funding, certifying that it has not been plagiarized and that her data are legitimate. Karnik has also agreed to excuse herself from volunteering on any PHS advisory committees or review panels for the next 2 years.