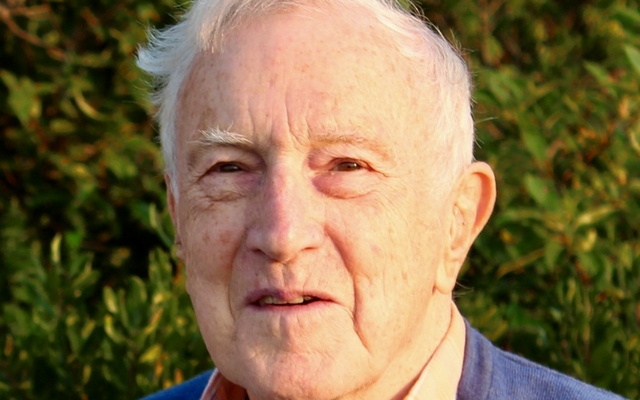 Photo courtesy of the Littlefield family

John Littlefield, a scientist and physician whose research helped bring about profound advancements in medical genetics, died from complications from dementia at his home on April 20. He was 91.

Among Littlefield’s most impactful contributions was the development of amniocentesis, a method used to diagnose genetic disorders in fetuses that involves sampling amniotic fluid for fetal DNA. This breakthrough allowed pregnant women to test for genetic diseases for the first time.

Throughout his prolific career, Littlefield contributed to many other notable scientific advances, including uncovering the role ribosomes play in protein synthesis and isolating human stem cells capable of assuming all of the body’s cell types.

“John’s research in somatic cell genetics was the foundation for the discovery and production of monoclonal antibodies, a class of biologic drugs that has revolutionized the treatment of a variety of autoimmune and inflammatory diseases,” Jerry...

Littlefield studied at Harvard College and, later, Harvard Medical School, graduating from both universities in just five years. In 1952, he served in the Korean war as a navy doctor, then in the US Navy Reserve until 1954 when he returned to Harvard as a faculty member and began working at Massachusetts General Hospital.

In the late 1950s, he temporarily moved to England to work for James Watson and Frances Crick, the geneticists credited with discovering the structure of DNA. When he returned to Boston in 1958, he focused his career on genetics.

Littlefield went on to cofound Harvard Medical School’s Genetics Training Program, where he was a full professor until he joined Johns Hopkins University School of Medicine as director of pediatrics and the Children’s Hospital as pediatrician-in-chief.

“By the end of his tenure, the department was academically much stronger,” said George Dover, another former director of pediatrics and pediatrician-in-chief at Johns Hopkins, in the obituary.

Littlefield later served as chairman of the department of physiology at Johns Hopkins, and continued conducting research after he retired in 1992.

He is survived by three children, seven grandchildren, and many nieces and nephews.