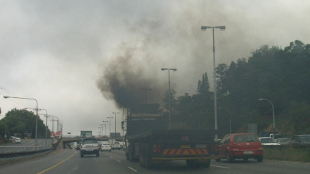 Diesel engines not only pollute the environment, they also release carcinogenic fumes, according to a panel of experts working for the International Agency for Research on Cancer at the World Health Organization (WHO). Specifically, the exhaust carries toxins that are “definitely a cause of lung cancer,” BBC News reported, and possibly a cause of bladder tumors as well, warranting the move from “probably carcinogenic” to definitely so.

The panel drew its evidence from research in miners, railway workers, truck drivers, and other “high-risk” workers, though it emphasized that its findings do not apply only to this group of people, but also to those exposed at lower levels of diesel fumes.

“The scientific evidence was compelling and the Working Group's conclusion was unanimous, diesel engine exhaust causes lung cancer in humans,” Christopher Portier, who led the assessment, told the BBC. “Given the additional health impacts from...