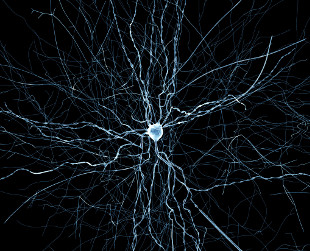 As part of the Blue Brain Project, a European initiative that aims to eventually map the human brain, an international team of researchers has generated a digital model of a slice of rat brain. The group reported its results last week (October 8) in Cell.

“This is a proof of concept that you can map a piece of the brain with enormous accuracy,” project lead Henry Markram of École Polytechnique Fédérale de Lausanne (EPFL) in Switzerland told The Guardian.  The mathematical model replicates 31,000 neurons—including 207 cell subtypes with approximately 37 million synapses—but does not include blood vessels or other non-neuronal cells in the brain. It runs on a supercomputer at EPFL and requires a billion calculations every 25 microseconds to mimic the function of just a third of a cubic millimeter of brain tissue.

To create the digital model, Markram and his colleagues...

Many researchers remain skeptical of the project’s benefits; some have criticized its cost.

“They try to stretch their model to say something interesting about actual biological function, but it falls far short on that front,” theoretical neuroscientist Chris Eliasmith of the University of Waterloo in Canada told Nature. “The complexity of the model far outstrips the simplicity of what is being captured.”

“What happened is exactly what we feared: there are no real findings. Putting together lots and lots of data does not create new science,” Moritz Helmstaedter, director of the Max Planck Institute for Brain Research’s connectomics department, told Science.

Others said the project could have merit. “Their simulations should really be thought of as a tool, something that can be used toward a deeper understanding of the brain,” Peter Latham, a computational neuroscientist at University College London, told The Guardian.