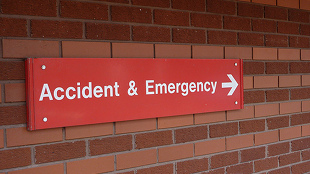 During emergencies, crises, and disasters, having the most up-to-date information on the situation at hand is more important than ever. But that information isn’t always available. For example, a 2009 study found that the majority of articles about the epidemiology of SARS weren’t published until after the outbreak had already ended.

With this in mind, the Public Library of Science launched its latest open-access journal, PLoS Currents: Disasters, on March 27. The new journal “aims to fill an important gap—that of getting good evidence-based research out fast to those working in disasters,” said David Sanderson, journal editor and director of Oxford Brookes University’s Centre for Development and Emergency Practice, in a press release.

The journal’s open-access policy will make articles readily available on the internet. But it plans on speeding up the process further by introducing a new review system, which they’ve dubbed Annotum. Researchers submit...

By combining authorship, editorial, and peer review in a single platform, the editors “believe [they] can cut the publishing time down to a few weeks, or even days,” according to a PLoS blogpost.