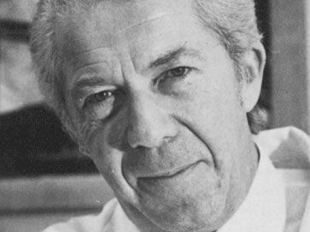 THE NOBEL FOUNDATIONThe Belgian biochemist Christian de Duve died at home on Saturday (May 4) of euthanasia. He won the 1974 Nobel Prize in Physiology or Medicine for discovering lysosomes, organelles that digest cellular waste.

The 95-year-old scientist spent the final weeks of his life writing to friends explaining his decision to be euthanized, according to The New York Times. Euthanasia has been legal in Belgium since 2002. Günter Blobel, a colleague at The Rockefeller University in New York, told the newspaper that the biochemist had “a number of health problems,” including cancer, and that he had suffered a recent fall.

According to his autobiography on Nobelprize.org, de Duve was born in 1917 in England, where his parents had gone to escape World War I, but he spent much of his childhood in Antwerp, Belgium. Though he loved literature and the humanities, de Duve decided to train in...

After completing his degree, he did research abroad in Sweden and the United States but then returned to Louvain as a professor to study insulin. He happened upon the lysosome instead. He was separating cells into their core components using centrifuges, but first he had to either crush them with a mortar and pestle or put them in a blender. He noticed that the cells that had gone in the blender had more acid phosphatase in them than the crushed cells did. Fascinated by the enzyme, he investigated further and found it was contained within lipid compartments inside the cells, the lysosomes, where it helped digest cellular waste.

“My curiosity got the better of me, and as a result I never elucidated the mechanism of action of insulin,” he said in his Nobel Prize autobiography. “I pursued my accidental finding instead, drawing most of my collaborators along with me.”

The organelles proved to help explain many genetic diseases, such as Tay-Sachs, that are caused by insufficient lysosomal enzymes, causing waste products to build up in cells.

In 1962 he accepted a position at the The Rockefeller University , and began splitting his time between labs in Belgium and the United States. He also started the International Institute of Cellular and Molecular Pathology in Belgium, which seeks to translate basic research into medical treatments. He waited to be euthanized until his four children were able to come to be with him.