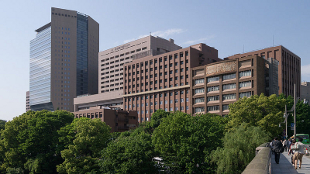 Tokyo Medical and Dental University. Wikimedia Commons, Rs1421The University of Tokyo last week (October 19) dismissed Hisashi Moriguchi, the researcher who claimed to have treated human patients with their own induced pluripotent stem cells (iPSCs), ScienceInsider reported. The dismissal came after Moriguchi admitted at a press conference in New York (October 13) that his original claim—that he had injected cardiac muscle cells derived from iPSCs into the hearts of five patients and seen positive therapeutic effects—was false.

But Moriguchi maintains that the procedure was carried out on a single patient—not at Harvard General Hospital in February 2012, as he originally claimed, but last June at a Boston hospital he declined to name.

Although he admitted making some “procedural” mistakes, Moriguchi expressed disappointment that scientists listed as co-authors on some of his papers have asked for their names to be removed. He always showed them final versions before submission, he told ScienceInsider. He also tried to clarify his affiliations, insisting that he was established in an ongoing position at MGH in 2006. A spokesperson for MGH denied this.

Then he explained that despite not having a solid background in molecular biology—he has a degree in nursing and a masters in health promotion—he had taught himself the experimental techniques. He said he rented a lab in Boston, where he worked with an unnamed collaborator to culture the 30 million cardiac muscle cells he insists were injected into a heart disease patient. The collaborator has since cut off contact, he said, “perhaps because of the publicity.”

Finally, Moriguchi said he could understand why his claims have been met with suspicion. “[It] is difficult to believe as it stands. That’s why I want to gather and present the evidence,” he told ScienceInsider. He also said he will cooperate with investigations.