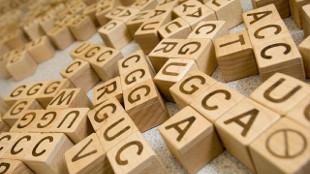 The frequencies of genetic mutations that affect how proteins function are currently based on how often those mutations end up causing detectable disease. According to a study published last week (June 4) in the The American Journal of Human Genetics, mutations with the potential to cause disease only do so about half of the time.

The study, which was part of a large-scale National Institutes of Health (NIH) genome sequencing project called ClinSeq, included more than 950 apparently healthy volunteers between the ages of 45 and 60. All participants carried about 100,000 protein-coding gene variants, but the majority of those variants were harmless. The NIH team found that just more than 100 donors carried potentially disease-causing genetic mutations. When the researchers followed up with 79 of these study participants, they found that although 34 had symptoms of the diseases or had family members with the...

“It was very startling,” study coathor Leslie Biesecker, chief of the Medical Genomics and Metabolic Genetics Branch at the NIH’s National Human Genome Research Institute told The Washington Post. “To say this is a lot of people is an understatement.”

According to the Washington Post, the results raise the estimated frequency of genetic conditions affecting humans from 0.02 percent to about 3 percent.

“These results show that you can dramatically improve your predictions based on genome sequence information,” Biesecker said in a statement. However, he added, that “in most cases, genes pinpoint a susceptibility, not a fate. It will be a clue for doctors and patients about what you should look for—and how to stop it.”