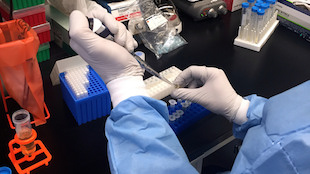 Federal documents released to the public this week (September 27) reveal an ongoing dispute within the US Centers for Disease Control and Prevention (CDC) over how to screen for Zika virus infection, as first reported by The Washington Post. According to the Washington Post, the agency demoted a top researcher in May who had accused the CDC of withholding evidence from state and local laboratories, suggesting that current tests are less effective than alternative ones, then later reinstated his position after he invoked legal protection as a whistleblower.

News of the conflict came to light after the Office of Special Counsel (which handles whistleblower complaints) released documents containing an intra-CDC investigation on the matter.

The dispute began last spring, the documents show, when the public health agency was under pressure to develop and implement a diagnostic test for the rapidly emerging Zika outbreak. CDC’s Robert Lanciotti was...

An independent laboratory confirmed that finding, but the CDC lab in Puerto Rico found no statistical difference between the tests, and the agency moved forward with its plan, the Washington Post noted.

When CDC officials neglected to inform state and local public health labs of the potential difference in accuracy between the tests, Lanciotti emailed his concerns to contacts at individual labs, a move that one CDC official said “created more trouble and confusion than it clarified,” according to the Washington Post.

The CDC said it has made improvements to its testing method and is still investigating ways to optimize its diagnostic approach, the Washington Post reported.