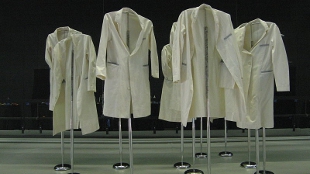 Wikimedia, Pi.Five decades of policies to increase the representation of minority groups in biology, chemistry, and medicine have benefitted some people at the cost of others, according to a study published online (September 26) in Academic Medicine.

Researchers from the University of Minnesota, Minneapolis,  were interested in whether diversity programs aimed at increasing the representation of one groups had the unintentional effect of alienating another. Using Census data from 1968 to 2009, they calculated the ratios of racial, gender, and ethnic groups working as biologists, chemists, or physicians.

The results showed that the ratio of white women in medicine increased more than any other group, and the representation of African American increased more in biology than the other two fields. However, the ratios of Hispanics fell across all three fields. “Successful diversity initiatives in one science field can have the unintended effect of reducing representation in other...