Researchers have built the most complex DNA-computer to date, one that is five times more powerful than any previous molecular computer.  Molecular computing was invented in 1994 and uses circuits based on DNA molecules, rather than silicon chips. The new computer, built by scientists at the California Institute of Technology using 130 strands of DNA, calculates the square root of any number between 1 and 15, but it can take up to ten hours to do so, according to Nature News. Because it is DNA-based, a more sophisticated version of this computer might be used to detect disease, such as malaria, based on blood chemicals and without the need for lab testing. 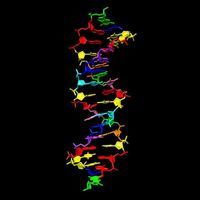