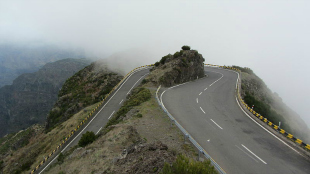 Bends in the genome called i-motifs, which look like a “W” folded in the middle along the Y axis, lead to the upregulation of a gene, while hairpins in the same location of a gene cause suppression, researchers reported recently at the American Chemical Society meeting in Dallas, Texas. “It’s the sort of evidence we’ve been waiting for” to help confirm the role of i-motifs, John Brazier of the University of Reading who was not part of the study, told Chemical & Engineering News.

In an associated paper, researchers led by Laurence Hurley at Arizona State University showed that when they stabilized the i-motif of the promoter region in a gene called BLC2, protein expression went up. When they maintained this same region of the gene in a hairpin formation, protein expression dropped. “For the first time we propose that the i-motif acts as a molecular switch...

The findings have practical implications. BLC2 is over-expressed in cancer cells; trapping the gene’s promoter in the hairpin shape using a small molecule made cancer cells more susceptible to chemotherapy.

Edwin Lewis of Mississippi State University who was not involved in the research told Chemical & Engineering News that the results tell “us something we didn’t know before about the regulation of gene expression.”