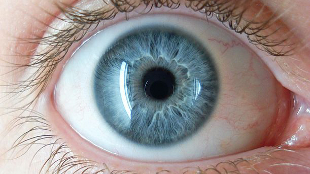 WIKIMEDIA, 8THSTARResearchers can work out the hair and eye color of ancient and recently deceased humans by looking only at DNA extracted from their skeletal remains, according to a study published this week (January 14) in Investigative Genetics.

Comparing the genomes of thousands of people, previous studies have identified 24 genetic variations—known as single nucleotide polymorphisms (SNPs)—linked to hair and eye color. Now, researchers at Jagiellonian University in Kraków, Poland, tested this collection of SNPs, called the HIrisPlex assay, on DNA extracted from contemporary bone samples, as well as teeth collected from people that passed away in the 1940s and during medieval times.

Their analysis predicted that General Wladyslaw Sikorski, the commander-in-chief of the Polish Armed Forces during the Second World War and the prime minister of the exiled Polish government who died in a plane crash in 1943, had blond hair and blue eyes. Portraits painted after...

The authors claim to have shown that the HIrisPlex system is “suitable, sufficiently sensitive and robust to successfully predict eye and hair colour from ancient and contemporary skeletal remains.” They say it will help determine what our ancient ancestors may have looked like, and will be useful for routine forensic applications.