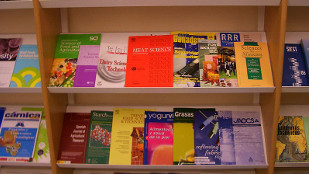 Wikimedia, VmenkovIn a sweeping study that examined nearly 4,500 papers retracted from scholarly literature between 1928 and 2011, researchers found that most retractions were not a result of misconduct, and fewer than half were due to questionable data or interpretations. Instead, the study suggested, many retractions are a consequence of publishing misconduct or errors, such as plagiarism, duplicate publication, authorship issues, and unspecified copyright issues.

The results, published last week (October 24) in PLOS ONE, were based on information collected from retraction notices, however, critics say such notices may not always be accurate.

It’s a “methodological weakness,” microbiologist Ferric Fang of the University of Washington told Retraction Watch. “The information given in retraction notices was taken at face value,” said Fang, who led a similar study last month that found that most retractions were, in fact, due to misconduct and that many retractions notices were incomplete....

Moreover, Fang also pointed out that the new study used an unusual classification system for retractions. “Specifically, the classification of data falsification or fabrication, plagiarism, and intentional duplicate publication as forms of ‘author error’ is confusing, as most studies have characterized these practices as misconduct, as opposed to error,” Fang noted.

Despite the difference, the new study did echo previous findings that the percentage of retractions has been increasing in the past decade, though they still represent a small fraction of the overall number of publications. The study also found that “fifteen prolific individuals accounted for more than half of all retractions due to alleged research misconduct, and strongly influenced all retraction characteristics,” the authors wrote.