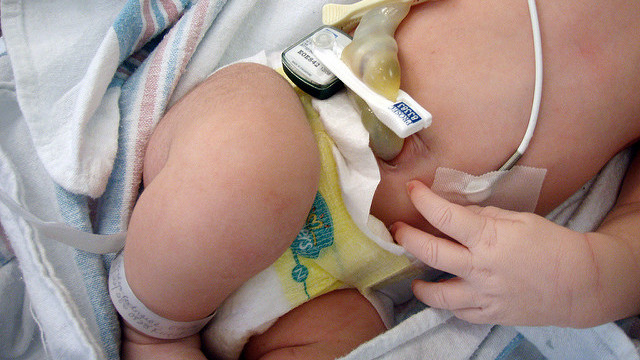 FLICKR, CONTROLADOMore than 90 percent of surveyed Danish obstetricians have been asked about vaginal seeding, a procedure in which swabs of vaginal fluid are applied to babies born via cesarean section in an attempt to expose them to microbes they would have collected had they been delivered vaginally, according to a report published this week (August 22) in BJOG: An International Journal of Obstetrics and Gynaecology. But the procedure may not be safe, and the existing literature does not provide a strong case for its benefits, the report authors warn. It “could do more harm than good,” the authors write.

The primary risk is exposure to harmful bacteria, such as group-B streptococcus and E. coli. And no carefully controlled studies have been performed on large numbers of infants to assess whether the procedure carries with it the assumed benefits of protecting against allergies and other immune-based disorders. “[I]t’s a fascinating thought that you’re able to mimic nature by doing the seeding, but it’s based on some theoretical thoughts and we don’t have evidence to support it,” report coauthor Tine Clausen, a consultant at Nordsjaellands Hospital in Denmark, tells BBC News.

Patrick O’Brien of the Royal College of Obstetricians and Gynaecologists agrees. “There is no robust evidence to suggest that vaginal seeding has any associated benefits,” he tells BBC News. “We would therefore not recommend it until more definitive research shows that it is not harmful and can in fact improve a child’s digestive and/or immune system.”