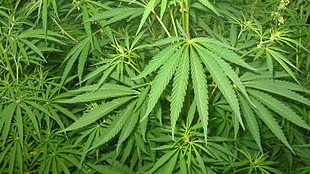 WIKIMEDIA, BOGDAN GIUSCAA study claiming that pot use in youth has long-term cognitive effects is being challenged. The original study, published last year in the Proceedings of the National Academy of Sciences (PNAS), found that smoking marijuana as a teenager may be associated with IQ declines by middle age. The new study, published in the same journal on Monday (January 14), said that IQ declines were likely a product of socioeconomic status, Nature reported.

“Although it would be too strong to say that the results have been discredited, the methodology is flawed and the causal inference drawn from the results premature,” Ole Røgeberg, the sole author of the new study and an economist at The Ragnar Frisch Centre for Economic Research in Oslo, wrote in the paper.

Both papers used data from the Dunedin Study, which followed more than 1,000 New Zealanders from birth to...

But Madeline Meier, a psychologist at Duke University and author of the original PNAS study, said that her study controlled for socioeconomic status and found that, among participants who did not use marijuana heavily in their youths, IQ remained the same throughout the study regardless of socioeconomic status.

Other research has shown that in the short-term, marijuana use is related to reversible problems with memory and focus.