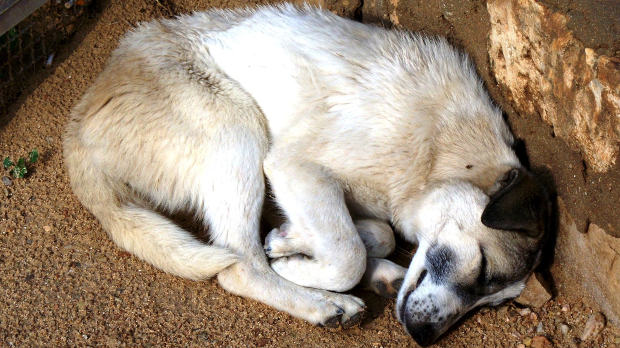 WIKIMEDIA, HIGH CONTRASTThe history of dog domestication is a long-standing scientific mystery. But an international team has brought a bit of resolution to the question of when and where wild wolves made the transition into dogs that cohabitated with humans. Publishing their results in Science today (June 3), researchers used genomic and archaeological evidence to suggest that dogs were domesticated from distinct wolf populations more than once, in Eastern and Western Eurasia.

“Animal domestication is a rare thing and a lot of evidence is required to overturn the assumption that it happened just once in any species,” study coauthor Greger Larson, director of the Wellcome Trust palaeogenomics and bio-archaeology research network at Oxford University, told The Guardian. “Our ancient DNA evidence, combined with the archaeological record of early dogs, suggests that we need to reconsider the number of times dogs were domesticated independently. Maybe the reason there hasn’t...

Larson and his coauthors compared ancient DNA from dozens of prehistoric hounds and a complete genome from a late Neolithic dog from Ireland to sequences from modern dogs and wolves. They uncovered a deep split—which occurred from 14,000 to 6,400 years ago—between East Asian and Western Eurasian canines. “I was like, ‘Holy shit!’” Larson told Science. “We never saw this split before because we didn’t have enough samples.”

“These are fantastic data that are going to be extremely valuable for the field,” Peter Savolainen, a geneticist at the Royal Institute of Technology in Stockholm, told Science. But, Savolainen told The New York Times, “it’s a hypothesis.” As researchers continue to dig into the genesis of domestic dogs, the story will come into more focus.