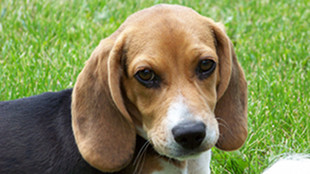 WIKIMEDIA, GARRETT 222Gene therapy has successfully banished type 1 diabetes in dogs, the first time this treatment has worked to treat the disease in a large animal, according to a study published online in the journal Diabetes earlier this month (February 1).

For the study, Spanish researchers induced diabetes in beagles between 6 months and 1 year old. They then injected the dogs’ skeletal muscles with viruses carrying genes for insulin and glucokinase, an enzyme involved in processing glucose. Following the treatment, the researcher confirmed that the genes had been incorporated into the DNA of the dogs, which were able to regulate their own blood sugar levels without medical help. And when they exercised, they no longer had episodes of hypoglycemia.

Following more tests in dogs, the researchers hope to try out the treatment in humans. But sources warned New Scientist that the treatment might not work the same way in humans that it did in canines, as the dogs’ diabetes was induced by chemically destroying pancreas cells that produce insulin. In naturally occurring type 1 diabetes, on the other hand, the immune system destroys the insulin-producing cells.

Still, “this work is an interesting new avenue which may give us a completely new type of treatment,” Matthew Hobbs, head of research at Diabetes UK, told New Scientist.