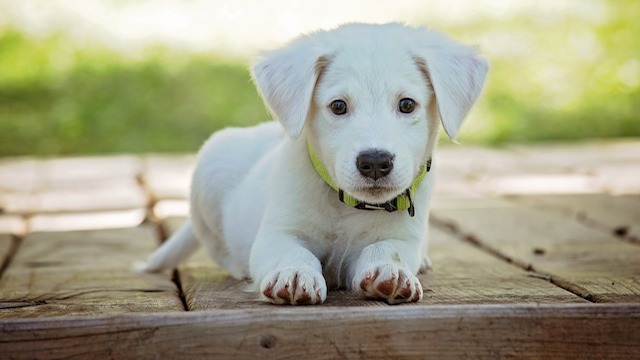 PIXABAY, 3194556Modern dogs may have originated from a single group of wolves domesticated in Europe around 40,000 years ago, according to a study published today (July 18) in Nature Communications.

To analyze the genetic origin of dogs, researchers first sequenced the genomes from the remains of two Neolithic dogs, one around 7,000-years-old and another approximately 4,700-years-old, discovered at archeological sites in Germany. They then compared the genetic information from these two canines—and the DNA of 5,000-year-old dog remains found in Ireland—to that of 5,649 modern dogs and wolves.

According to the study’s authors, the results of this analysis suggest that all modern-day dogs originated from a single group of wolves domesticated around 40,000 years ago in Europe.

“Given the high degree of sharing of sweeps [genetic signatures] between these ancient samples and modern samples, it seems clear that these dogs descend from a single domestication origin,” Adam Boyko,...

These results contradict the findings reported in a 2016 paper in Science, which suggested that dogs were domesticated twice from distinct wolf populations in Europe and East Asia. One of the coauthors of that study, Greger Larson, an Oxford University evolutionary biologist, tells The Washington Post that the new research doesn’t rule out the possibility of two separate domestication events. “They don't provide an alternative scenario” for the “ridiculously deep split” between Eastern and Western dog genetics, Larson, who was not involved in the latest study, adds.

“Genomic analysis of ancient samples is a relatively new field, we are just at the beginning,” Laura Botigué, a coauthor of the Nature Communications study and a postdoctoral researcher at Stony Brook University, told the International Business Times UK. “To settle the issue of when and where dogs were first domesticated, we would need older samples from other geographical regions.”