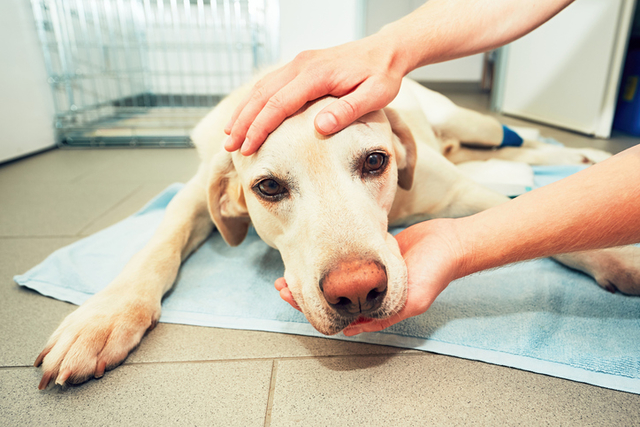 “The more diversity of viruses there is in an animal reservoir, the higher the chances that it will lead to a version of the virus that is able to jump,” Adolfo García-Sastre, the director of the Global Health and Emerging Pathogens Institute of the Icahn School of Medicine at Mount Sinai and a coauthor on the paper, tells Science News.

García-Sastre and his colleagues collected 16 viral genome samples from pet dogs diagnosed with respiratory infections in Southern China from 2013-15. Researchers identified three variants usually found in swine and the three new hybrids that formed by mixing...

“What this study provides is evidence that dogs can be naturally infected with multiple strains of viruses, most notably viruses from pigs, which are a known reservoir of influenza viruses that can infect us,” Jonathan Ball, a virologist at the University of Nottingham in the U.K., who was not involved with the research, tells The Independent. According to Ball, the source of the next epidemic is anybody’s guess, but a canine one can’t be ruled out.

According to a statement, the team plans to determine if humans are immune to these new variants. In the meantime, García-Sastre suggests vaccinating dogs and monitoring the situation to ensure the flu does not crossover into humans, according to The Telegraph.