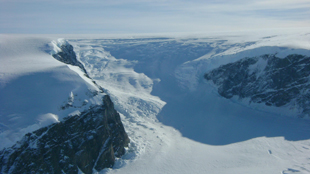 NASA, JIM YUNGELBiologists studying ice core samples near the surface of Antarctica’s Lake Vostok—considered by many to be one of the world’s harshest environments—recently reported finding microbial evidence that points to the presence of mollusks, crustaceans, annelid worms, and fish. The extraordinary findings have proven too extraordinary for some researchers, who have publicly criticized the work in the days since it was published online last Wednesday (July 3) in PLOS ONE.

Sergey Bulat, a Lake Vostok expert at the Petersburg Nuclear Physics Institute in Gatchina, Russia, told Nature that the samples analyzed by Scott Rogers, a biologist at Bowling Green State University, and his team are likely heavily contaminated with microbes from the outside the lake.

“Their analysis is very questionable,” Bulat, whose discovery of bacteria in Lake Vostok in March has also been criticized for possible contamination, told Nature. “It appears to me...

Writing in their PLOS ONE paper, Rogers’ team acknowledged the possibility of some contamination. But they contend that it is unlikely that the sheer volume of microbes they found could have been the result of contamination. Rogers also defended his team’s use of proper controls to Nature. “We decontaminated our samples in rigorous ways,” he said. “And after the sequencing, we subtracted the level of contamination that we found in our controls.”

Brent Christner, a microbiologist at Louisiana State University, told Nature that he thinks conditions in Lake Vostok are “too extreme to support anything more complex than a nematode.” He added, “It will require extraordinary evidence before I entertain the idea of fish, arthropods, and sea anemones inhabiting it.”

University of California, Santa Cruz, glaciologist Slawek Tulaczyk views Rogers’ discovery as provocative, but is keeping an open mind. “I am confident that the reviewers and editors considered the integrity of samples and procedures while making their decision regarding acceptance of this paper,” he told The Scientist.

“I see this hypothesis as a thrilling challenge for the rest of us to seek further observations that will verify if only microbes can live in subglacial lakes,” Tulaczyk added. “This speculation is not any more audacious than expecting to find life on other planetary bodies in our solar system.”