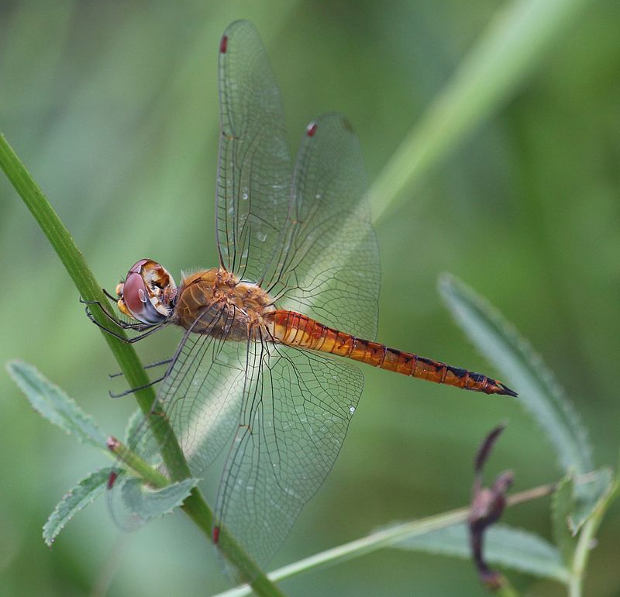 Pantala flavescens is one heck of a flier.WIKIMEDIA, ALPSDAKESome call it the wandering glider. Others refer to it as the globe skimmer. And scientists have recently confirmed that Pantala flavescens, a 4.5-cm-long dragonfly, didn’t get those names for nothing. An international team has determined that the tiny insect holds the world record for the longest flights taken by any species, including birds and monarch butterflies. Publishing their results in PLOS ONE yesterday (March 2), the researchers report that gene flow is occurring in the globally distributed species between populations separated by vast oceans and thousands of kilometers.

Ware and colleagues’ genetic work support the estimate that P. flavescens could be flying between 14,000 and 18,000 km every year to find suitable sites for mating, egg laying, and more. It also confirms the observation that P. flavescens is the only known insect to undertake transoceanic migrations, as they fly between Africa and Asia over the Indian Ocean.

“This is a significant study because it reveals for the first time that this globally distributed, migratory species should really be looked at as a single global panmictic population,” University of Alabama biologist John Abbott, who was not involved with the study, told Newsweek.