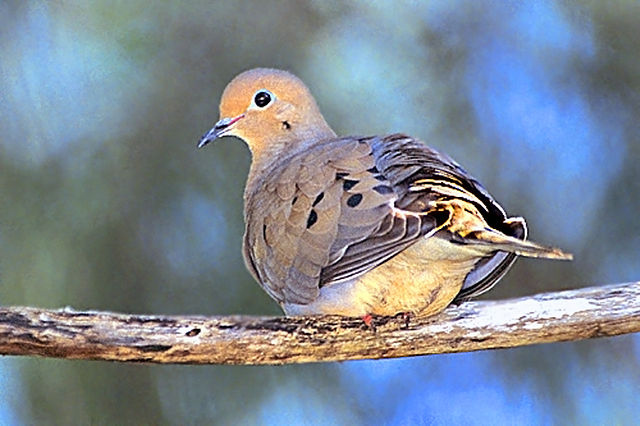 Mourning dovePETER WALLACK, WIKIMEDIABird habitats are often in hard-to-reach terrain, making it difficult for ornithologists to collect data from these areas. Drones could help solve this problem, according to a February 15 study conducted by researchers at Gettysburg College and published in The Auk.

The authors write that the “ground-based or close-to-ground recorders” that ornithologists currently use to record birdsongs are limited by observer bias and an “underrepresentation of core habitats, areas of steep terrain, wetlands, or others areas that are dangerous, time-consuming, or difficult to access.” Not only are these areas hard to reach, but “sometimes traversing terrain can disturb the birds and stop them from singing,” Andy Wilson, an environmental studies professor at Gettysburg College told TechCrunch.

Drones, on the other hand, can easily access these sites. Wilson and colleagues demonstrated this by tying lightweight audio recorders to drones with 8-meter-long fishing lines (to...

According to TechCrunch, the “data gathered by drones was about as effective as data gathered by human experts on the ground in deriving an accurate population estimate of songbirds.” However, despite the authors’ attempt to reduce noise from the drones, it was still a barrier to picking up certain types of sounds, such as the lower frequency songs of the mourning dove. “Excessive UAV noise is a major hurdle to using UAVs for bioacoustic monitoring, but we are optimistic that technological innovations to reduce motor and rotor noise will significantly reduce this issue,” the authors write in the study.