CornAGRILIFETODAY, FLICKRAgribusiness giant Monsanto is finding out that it's difficult to conduct field trials of drought-resistant corn when it won't stop raining. The company hopes to launch a new line of corn seed that's been genetically engineered to thrive in drought conditions by 2013, with plans to distribute it royalty-free to impoverished African farmers. But rainy summers since 2008 in the US western Plains, where Monsanto is conducting field trials of the seed, have muddied results. "We had about three good years where we could do field trials in Kansas. It was nice and dry," Monsanto regulatory affairs manager Bill Reeves told the Des Moines Register. "And then it started raining." 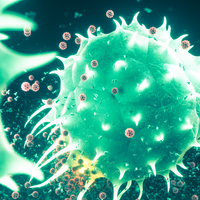