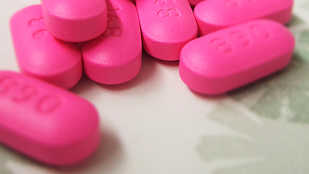 FLICKR, AMAYZUNAn advisory committee to the US Food and Drug Administration (FDA) voted 18-to-6 in support of the approval of flibanserin, which would be the first approved drug for the treatment of low sexual desire in women. There may be some restrictions, however. Doctors may have to become certified to prescribe the drug, which is only intended for women whose sexual troubles do not stem from recognizable causes (such as disease or relationship strife), and prescribing physicians might be required to warn patients of the drug’s potential side effects, which include fainting, nausea, and dizziness.

“The unmet need seems to be so strong that even for a drug with rather modest benefit, I think approving the product with strong limitations seems to be the right step at this point,” Tobias Gerhard, a committee member and expert on drug safety at Rutgers University, told The New York Times (...

Often referred to as the “female Viagra,” the drug in fact works in the brain, adjusting levels of serotonin and dopamine. Results from three clinical trials have been modest: women had an average of just one additional “sexually satisfying event” per month, up from the two to three per month they had at the beginning of the studies. Participants also reported feeling more sexual desire, but only 0.3 points more on the five-point scale than those on the placebo.

The unexceptional results have some speaking out against the drug’s approval. “As a feminist, I’m delighted people are taking women’s sexual issues seriously, but recommending approval for this drug isn’t the correct response,” Cindy Pearson, executive director of the National Women’s Health Network, told The Wall Street Journal. “This sets a low bar.”

“To approve this drug will set the worst kind of precedent—that companies that spend enough money can force the F.D.A. to approve useless or dangerous drugs,” Georgetown University’s Adriane Fugh-Berman told the committee Thursday, NYT reported.

The FDA has until August 18 to make a decision about flibanserin’s approval.