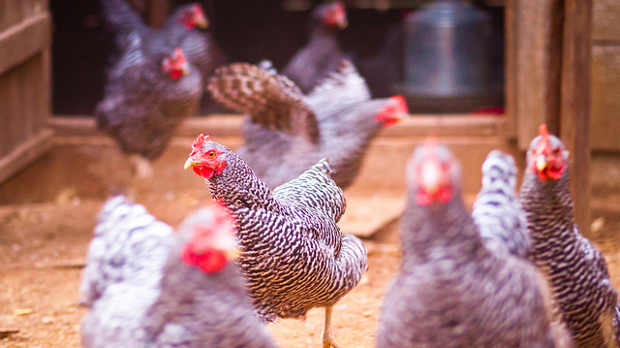 FLICKR, DAVID GOEHRINGAlexion Pharmaceuticals’s Kanuma (sebelipase alfa), a recombinant human enzyme that replaces a faulty enzyme in patients with lysosomal acid lipase deficiency who are unable to break down fatty molecules, joins a handful of other “farmaceuticals”—drugs produced in genetically engineered, or genetically modified (GM), animals—that have hit the market in the last several years.

US Food and Drug Administration (FDA) approval of the GM chicken for the production of Kanuma “shows that the ATryn goats weren’t just a one-off,” says Jay Cormier, a lawyer at Hyman, Phelps and McNamara in Washington, DC, and a former scientific reviewer for the FDA, told Nature, referring to GM goats approved by the agency in 2009 for the production of an anticoagulant called ATryn (antithrombin) in their milk. “The process can function for more than just one particular unique case.” The FDA also approved a drug produced in transgenic rabbits last...

In addition to evaluating the chicken-produced Kanuma for its efficacy and safety in humans, the FDA assessed whether the modifications to the chickens’ DNA would harm them, and whether the DNA edits were stable over generations. The FDA also made sure that the GM chickens are not likely to be mistakenly mixed with the food supply or pose significant environmental risks.

Purdue University geneticist William Muir said this approval is likely just the beginning. “The floodgates are opening,” he told Nature, “and I can’t wait to see what comes next.”