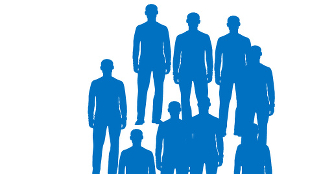 FLICKR, SLETTVETAfter a 14-year revision process, the American Psychiatric Association last weekend (May 18) published the controversial 5th edition of its Diagnostic Manual of Mental Disorders (DSM-5). The influential book is designed to help doctors more reliably diagnose mental illnesses and guide treatments, but the latest version has come under heavy fire—with many critics arguing that by applying medical labels to experiences and behavior that were previously considered normal, the changes embodied in DSM-5 will lead to over-diagnosis and mistreatment.

Among the most high profile critics is Duke University psychiatrist Allen Frances, author of Saving Normal and chair of the task force behind DSM-4. In an excerpt from his book published at Wired, Frances contended that DSM-5 continues a trend toward the homogenization of people—a trend driven largely by the pharmaceutical industry’s attempts to reduce differences in behavior into easily categorized mental illnesses that require treatment with psychiatric...

“With an assist from an overly ambitious psychiatry, all human difference is being transmuted into chemical imbalance meant to be treated with a handy pill,” wrote Frances. On the contrary, he added, “human difference was never meant to be reducible to an exhaustive list of diagnoses drawn carelessly from a psychiatric manual.”

Like many other critics, Frances is concerned that the latest version of the DSM transforms people who are basically normal into patients. For example, kids who have extreme temper tantrums will be diagnosed with “disruptive mood disorder,” and people suffering with grief will have “major depressive disorder,” which is typically treated with anti-depressants. For Frances, this represents a dangerous overreaching of psychiatric diagnosis that must be reigned in.

“People and policymakers may eventually wake up to the fact that we are not a bunch of sick individuals, each of us having a bunch of psychiatric diagnoses . . .” Frances wrote. “This is a myth generated by an overly ambitious psychiatry and a remarkably greedy pharmaceutical industry. Most of us are normal enough and would like to stay that way. We can ‘save normal’ only by ‘saving psychiatry,’ and we can save psychiatry only by containing it within its proper boundaries.”