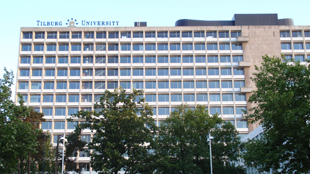 Two years after being exposed by colleagues for making up data in at least 30 published journal articles, former Tilburg University professor Diederick Stapel will avoid a trial for fraud. Once one of the Netherlands’ leading social psychologists, Stapel has agreed to a pre-trial settlement with Dutch prosecutors to perform 120 hours of community service.

Responding to concerns of scientific misconduct voiced by junior researchers, officials at Tilburg launched an investigation into Stapel’s work in 2011. Officials at the University of Gronigen and the University of Amsterdam, where Stapel was previously employed, also launched investigations. A report by the three universities concluded that Stapel had manipulated data in several dozen papers spanning nearly a decade and that he was solely responsible for the fraud. In addition, the report indicated that 14 of the 21 PhD theses that Stapel had supervised were tainted.

“Stapel has acted against scientific integrity and has harmed the interests of doctoral students that have worked with him,” said the cases’ prosecutors in a statement (in Dutch).

In addition to the community service he will perform, Stapel has agreed not to make a claim on 18 months’ worth of illness and disability compensation that he was due under his terms of employment with Tilburg University. Stapel also voluntarily returned his doctorate from the University of Amsterdam and, according to Retraction Watch, retracted 53 of the more than 150 papers he has co-authored.

“I very much regret the mistakes I have made,” Stapel told ScienceInsider. “I am happy for my colleagues as well as for my family that with this settlement, a court case has been avoided.”