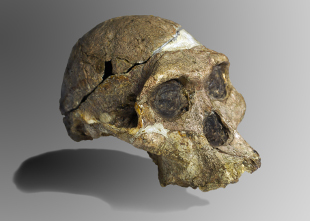 Early hominin species Australopithecus africanus and Paranthropus robustus, which lived around 2 million years ago, possessed hearing capabilities largely similar to modern-day chimpanzees but with a few differences that made their sense more akin to that of humans, according to a recent study. The results were reported last week (September 25) in Science Advances.

“We know that the hearing patterns, or audiograms, in chimpanzees and humans are distinct because their hearing abilities have been measured in the laboratory in living subjects,” study coauthor Rolf Quam of Binghamton University in New York said in a press release. “So we were interested in finding out when this human-like hearing pattern first emerged during our evolutionary history.”

Quam and an international team of researchers studied the anatomy of the ear in three complete fossilized specimens, as well as several partial specimens, from South Africa....

“[The early hominins] didn’t hear as well as humans, and they are more like chimps,” Quam told The New York Times. But the researchers speculated that the changes in hearing anatomy over time were driven by a lifestyle spent on the open savanna, where short-range communication would have been favored.

“Hearing abilities are closely tied with verbal communication,” Quam wrote at The Conversation. “By figuring out when certain hearing capacities emerged during our evolutionary history, we might be able to shed some light on when spoken language started to evolve.”